The Everett Herald this week took a look at our recently updated Benchmarks for a Better Washington, concluding that the annual assessment of Washington should provide lawmakers with even greater motivation to focus in on two critical areas next year: education and transportation.  Here’s a snippet from the Sunday editorial:

The Legislature must find an estimated $2 billion, presumably a mixture of savings and new revenue, to satisfy the state’s chief mandate to fully fund education as outlined in the Supreme Court’s McCleary decision.

The Legislature was unable in its 2014 session — truthfully, the Senate was unable — to pass an $8 billion transportation package that included a gas tax and motor vehicle taxes that would have funded major highway improvements and maintenance and transit projects.

Getting both done will require compromise, a willingness by Democrats and Republicans, House and Senate, to give on this to get that.

Checking education and transportation off that to-do list should do a lot to start budging those benchmark numbers up and making the state more attractive to businesses that can create and keep jobs here.

We agree. Making progress on these two critical issues speaks to our overall vision of a better Washington.  One you may have seen highlighted in this new Believe in Better campaign: 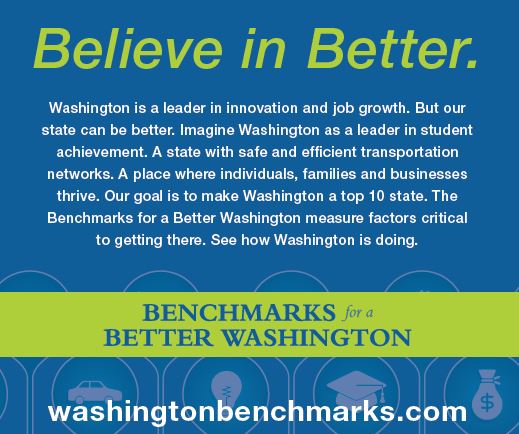