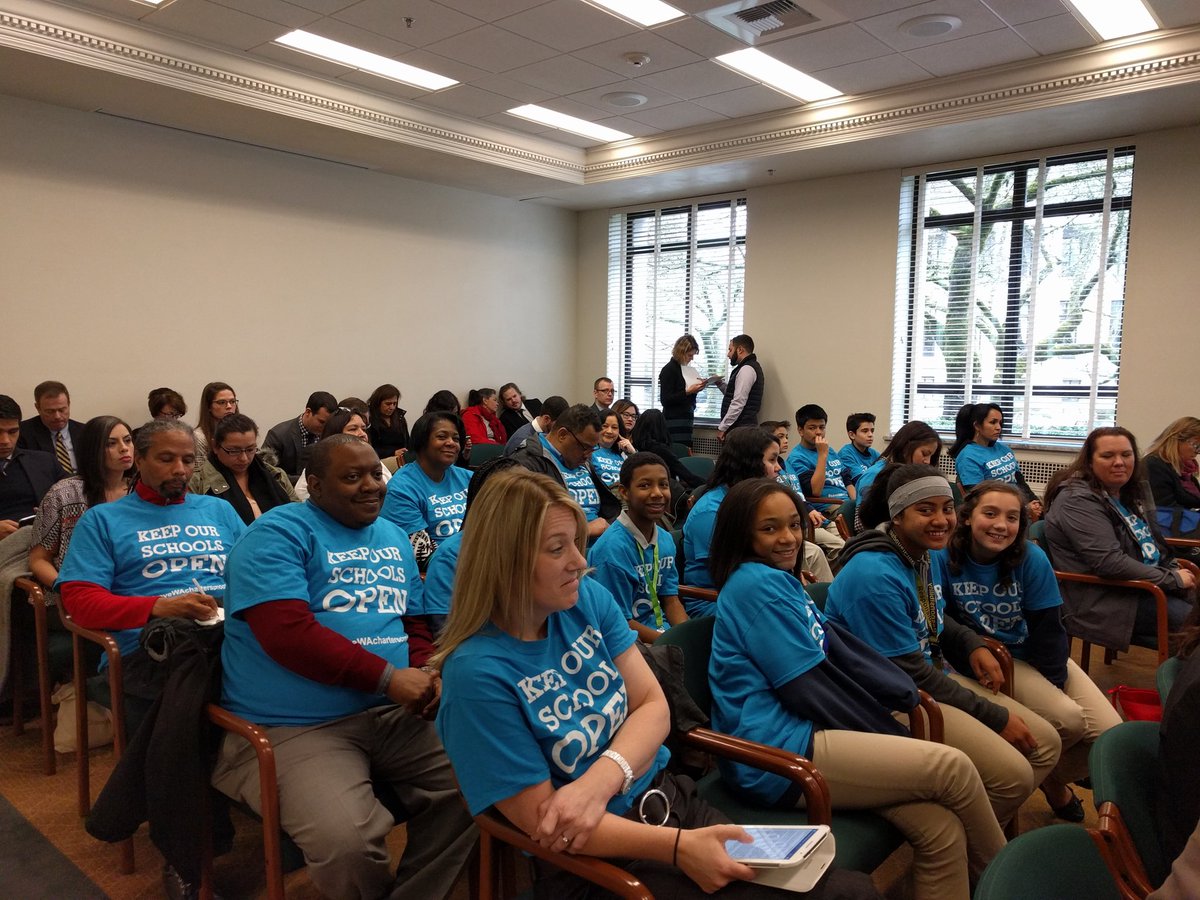 A large, passionate crowd — young and old — braved the weather on Friday to travel to Olympia in support of a bill to fix public charter schools in Washington state.

An @Excel_WA parent making some final adjustments to her testimony, on her way to Olympia. #waleg #act4wastudents pic.twitter.com/bUHO8YeJ0A

The House Education Committee opened public testimony on SB 6194, a bill to fix the way these schools are funded. (Last September, the Washington Supreme Court declared the previous funding mechanism for public charter schools to be unconstitutional.) During the hearing, parents, students, and faculty told success story after success story, and pleaded with committee members to keep open the doors of their schools.

Katie, student: The greatest part of public charter schools is that amazing opportunities are available to anyone free of charge. #waleg

Jadynn Isabell, student: In my first day at @SummitWA, I knew my new teachers would help me get to college. #waleg pic.twitter.com/MZQHAEUguM

Shirline, parent: Public charter schools are not a silver bullet, but they are already proving a critical part of the solution. #waleg

Less than three weeks remaining in the 2016 legislative session. The House Education Committee has scheduled executive action on the public charter schools bill next Thursday, February 25th. Stay tuned here for updates, or follow us on Facebook and Twitter . Act Now for Washington Students also for more on the issue, including an online petition where you can voice your support for public charter schools. Check it out.