The Washington Roundtable is pleased to announce the addition of two board members: Barbara Hulit, senior vice president of Fortive Corporation and Kevin Mather, president and COO of the Seattle Mariners. Both Hulit and Mather bring years of leadership experience here in Washington state. Their knowledge, expertise and passion will only strengthen the Roundtable board moving forward. Welcome! 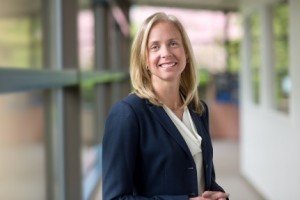 Barbara Hulit joined Fortive at its inception in 2016, coming from Danaher.  At Fortive, she has responsibilities for the Fortive Business System, Fortive’s High Growth Markets, IT and Procurement.

Hulit joined Danaher in 2005 as president of the Fluke Corporation.  She was appointed a group executive and Danaher corporate officer in July 2008 and led the Danaher Business System and Danaher Labs up until the split from Danaher.

Prior to joining Fluke, Hulit was a vice president and director with The Boston Consulting Group (BCG) in Chicago where she focused her work in developing growth strategies and in M&A/ business development.  While at BCG, she had responsibility for the Consumer & Retail Practice Area in the Americas, and for the packaged goods sector globally. Prior to joining BCG, Hulit served in sales and marketing roles with Noxell Corporation, PepsiCo, and Marketing Corporation of America.

Hulit serves on the boards of the Pacific Science Center and the Kellogg Global Advisory Board for the Kellogg School of Management at Northwestern University. 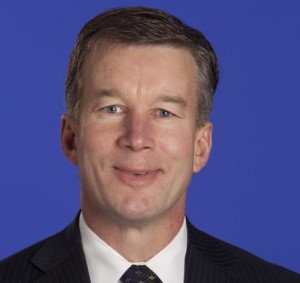 Kevin Mather is the president and COO of the Seattle Mariners.  Mather joined the Mariners in 1996 as the vice president of finance and administration. He was promoted to executive vice president of finance and ballpark operations in 1999, where he was responsible for oversight of the Mariners’ accounting and financial reporting, ticket services, procurement, technology services, concessions, and day-to-day operations of Safeco Field. He also oversaw the Mariners’ five retail locations, as well as non-baseball events held at the ballpark.

During his time with the Mariners, Mather has worked closely with executives and members of the ownership group who serve on key Major League Baseball (MLB) committees and address issues of league-wide concern, including finance and compensation, MLB’s long-term investment fund, and insurance coverages.

Prior to joining the Mariners, Mather worked for the Minnesota Twins from 1989-1996, where he served as director and then vice president of finance. Before his career in baseball, Mather was with Deloitte, Haskins & Sells, for four years, and The Bellfonte Company of Minneapolis, for one year.

Mather grew up listening to Bob Uecker as a Milwaukee Brewers fan in Madison, Wisconsin. He is a graduate of the University of Wisconsin, where he received a bachelor’s degree in accounting and risk/insurance. He is on the Executive Board of Junior Achievement of Washington, and his hobbies include golf, baseball, the Green Bay Packers, and his family and two dogs. He and his wife, Shannon, live in Issaquah with their three sons.

Learn more about Mather and his path to club president of the Mariners here.