The Washington Roundtable is pleased to announce the addition of three board members: Bill Hilf, CEO of Vulcan, Inc., Kevin McAllister, president and CEO of commercial airlines Boeing, and Tony Mestres, president and CEO of the Seattle Foundation. These three bring decades of leadership experience here in Washington state. Their diverse knowledge, passion, and expertise will be an excellent addition the Washington Roundtable board. Welcome! 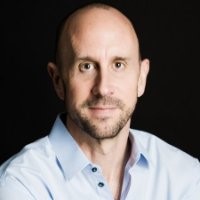 Bill Hilf serves as Vulcan’s Chief Executive Officer, guiding its philanthropic, research, arts and culture, community, investments, policy and technology innovation programs and helping fulfill Paul Allen’s vision for the future. Tapping his experience as an executive and technologist, Hilf leads Vulcan’s work to galvanize and enable smart people to tackle ambitious challenges head-on and guide its growth as it invests in its local communities, explores new frontiers in space, science, and technology, and impacts change around important issues like public health, the environment, conservation, and philanthropy.

Most recently, Hilf served as Senior Vice President and General Manager of Hewlett-Packard Enterprise’s Cloud business unit. Prior to joining Hewlett-Packard, Hilf was the General Manager of Product Management for Microsoft Azure, and previously led Microsoft’s Technical Computing Group. In that role, he helped develop solutions for a wide range of scientific and engineering challenges, including high performance computing, parallel languages and runtimes, and mathematical modeling tools. In the roaring 90s, he built his tech chops as a software developer and engineering leader through a variety of software start-ups in San Francisco and Los Angeles.

Hilf completed his undergraduate studies at California State University-Fullerton and received his M.A. from Chapman University. 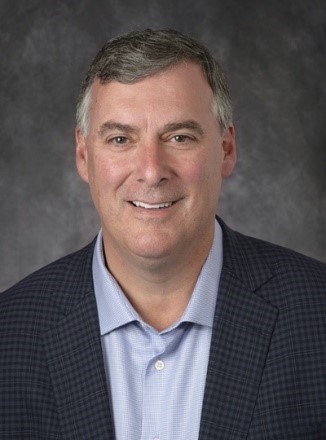 Kevin McAllister is a member of Boeing’s Executive Council and serves as Boeing’s senior executive in the Pacific Northwest.

Named BCA president and CEO in November 2016, he is responsible for delivering on a record backlog and overseeing the growth of its commercial airplane programs. Boeing Commercial Airplanes accounts for more than 60 percent of Boeing’s total revenues and has nearly 12,000 commercial jetliners in service worldwide, which is roughly 75 percent of the world fleet.

Before joining Boeing, McAllister was president and chief executive officer of GE Aviation, Services, a more than $9-billion business committed to helping operators of the more than 34,000 GE and CFM commercial engines achieve the lowest lifecycle cost of ownership via a fully customizable suite of products and offerings.

Prior to leading GE Aviation Services, McAllister was vice president and general manager, Global Sales and Marketing, leading record growth in the GE Aviation backlog. He was appointed an officer of the General Electric Company in 2008 and was appointed as a member of GE Company’s Corporate Executive Council in 2013. He was honored with the Chairman’s Leadership Award in 2012 and Heroes of Growth Award in 2010.

McAllister joined GE Aviation from Howmet Corporation in 1989 and held various materials engineering leadership roles supporting product design, manufacturing, component repair and technology development. He is a graduate of the University of Pittsburgh, earning a bachelor’s degree in materials engineering.

He is Chairman of the Board of Directors of ORBIS International, a non-profit global organization dedicated to preserving and restoring sight worldwide by strengthening the capacity of local partners to provide affordable, accessible and sustainable eye care. 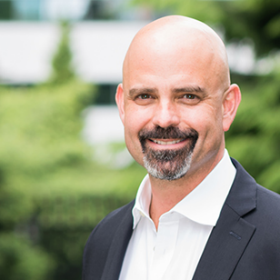 Tony Mestres is the president and CEO of Seattle Foundation, one of the largest community foundations in the country. Recognized for his leadership and expertise in navigating change and working cross sector with business leaders, elected officials and community and philanthropic partners, Mestres has redefined Seattle Foundation’s role as a voice for community needs, developing effective philanthropic strategies to address inequities in the region.

In his role, Mestres directs the strategic counsel and support provided to more than 1,200 individual, family and corporate philanthropists and oversees the investment of $100 million in charitable grants annually. With more than $800 million in assets, Seattle Foundation’s mission is to ignite powerful and rewarding philanthropy to make Greater Seattle a stronger, more vibrant community for all.

Mestres’s philanthropic leadership includes more than 14 years as a partner and board member of Social Venture Partners, a 600-member organization that cultivates effective philanthropists. In addition, Mestres was president and is director emeritus of the board of directors of Kindering, a nonprofit organization serving children with special needs and their families. He has worked on Kindering’s board for more than a dozen years. Mestres also serves on the boards of the Seattle Chamber of Commerce, Seattle International Foundation, Social Venture Partners, City Year Seattle/King County and Council on Foundations. He is a graduate of Dickinson College.