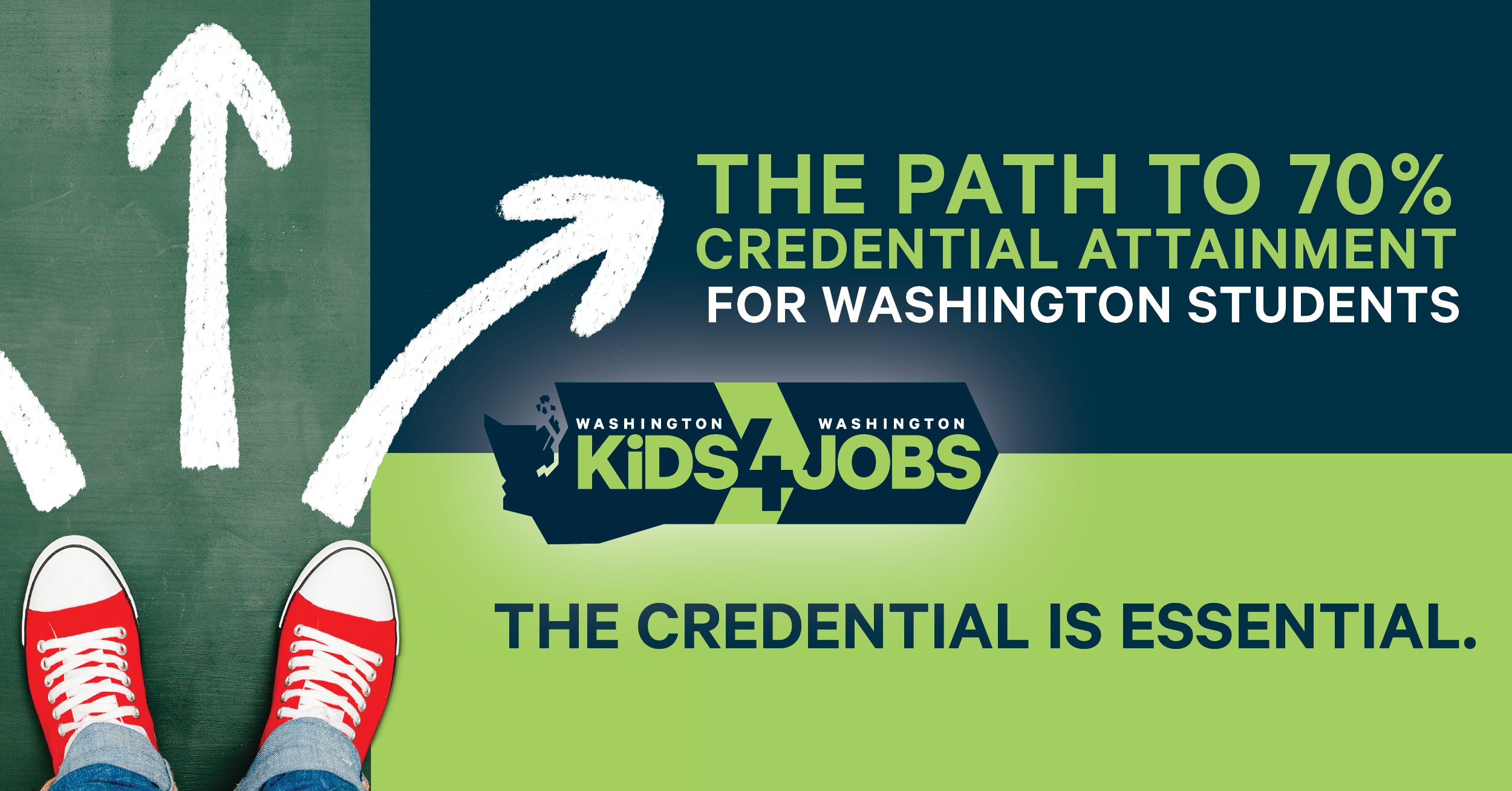 Demand for workers with postsecondary credentials is higher than ever; 40% of Washington high school students earn a credential today.

Get the details in 30 seconds: 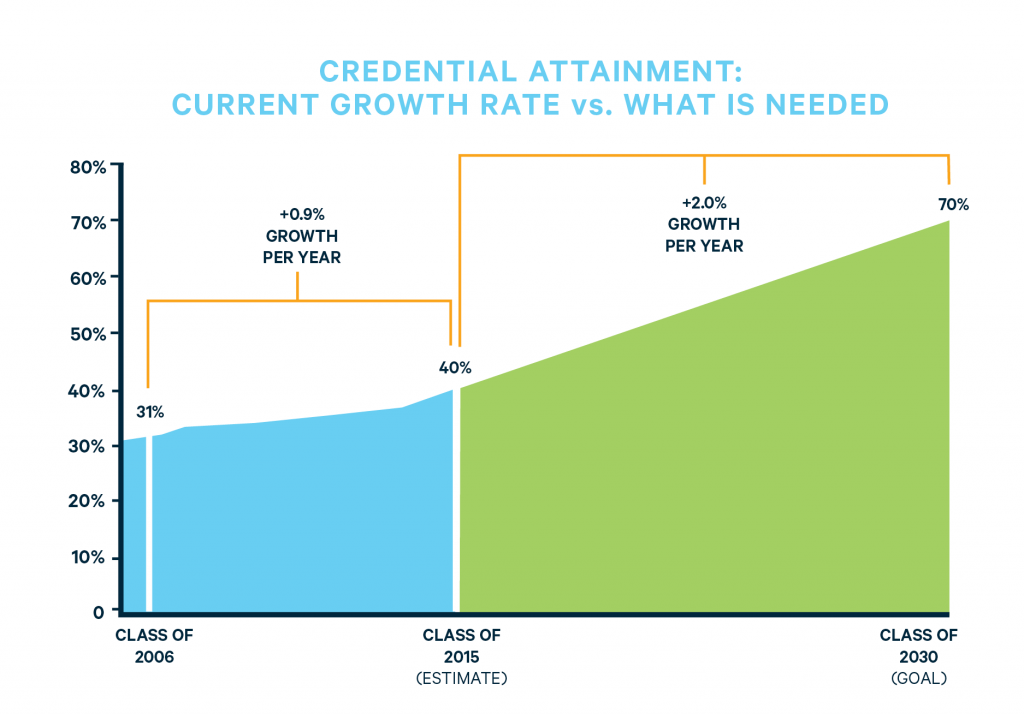 Learn more about opportunities for action at
CredentialEssential.com

This report is the third in our “Washington Kids for Washington Jobs” series. Visit us online to download the report, fact sheet, infographic, and more.