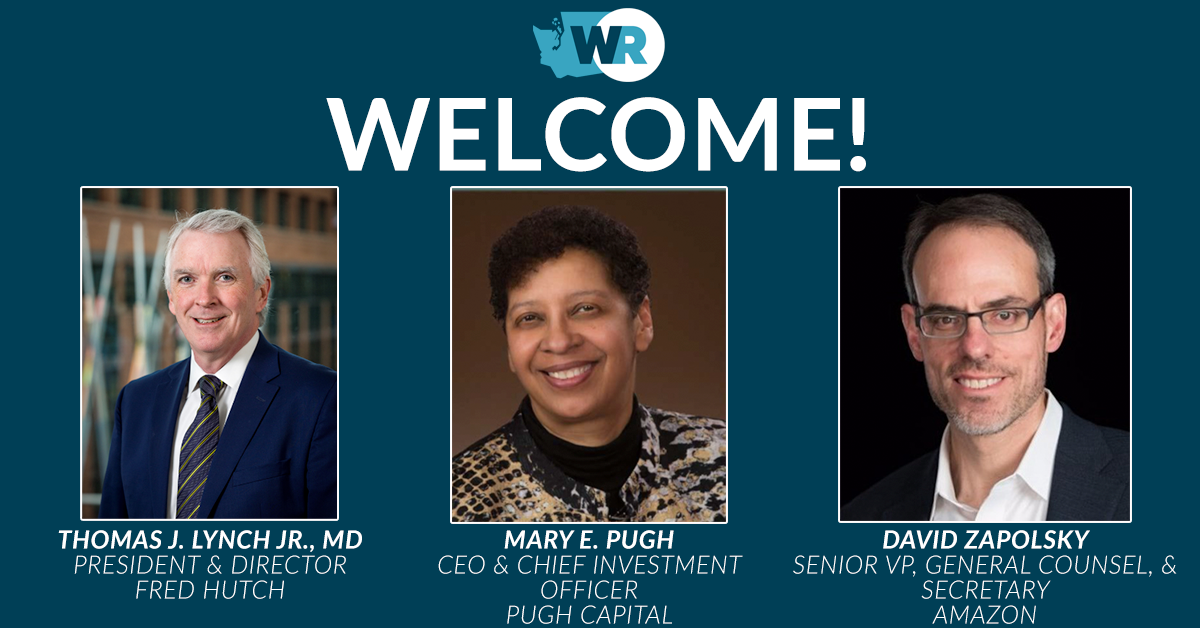 We are pleased to welcome three new members to the Washington Roundtable board: Dr. Thomas J. Lynch Jr., President & Director of Fred Hutchinson Cancer Research Institute; Mary E. Pugh, CEO & Chief Investment Officer at Pugh Capital; and David Zapolsky, Senior Vice President, General Counsel, and Secretary of Amazon. The three executives bring decades of collective experience and represent industries that are vital to Washington’s health and economy. We look forward to their engagement! Learn more about them below. 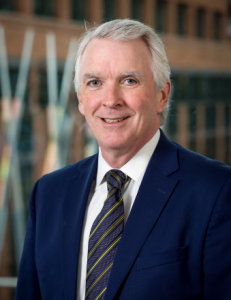 Before joining Fred Hutch, Dr. Lynch held leadership roles as CSO at Bristol-Myers Squibb, CEO of Massachusetts General Physicians Organization, director of Yale Cancer Center, physician-in-chief at Yale’s Smilow Cancer Hospital, as well as chief of hematology-oncology at Massachusetts General Hospital and professor of medicine at Harvard Medical School. Dr. Lynch is a member of the American Association for Cancer Research, the American Society of Clinical Oncology, and the International Association for the Study of Lung Cancer. 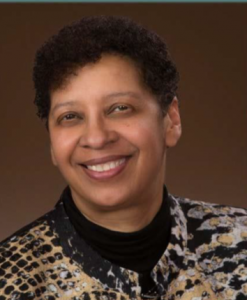 Mary E. Pugh co-founded Pugh Capital in 1991 and has 38 years of institutional investment experience. Her vision in establishing Pugh Capital was to create a diverse Seattle-based asset management firm that clients view as a trusted partner.

Ms. Pugh has a long history of community service. She is a member of the International Women’s Forum and Immediate Past President of the Greater Seattle (WA) Chapter of the Links, Chair of the President’s Resource Council for Seattle Central College, and a non-voting member of the Washington State Investment Board. Over the years, she has served on many boards including the Seattle Branch of the San Francisco Federal Reserve Bank. A graduate from Yale University with a B.A. in Economics, Ms. Pugh has received numerous awards. In 2018 she was honored with the Federal Reserve Bank of San Francisco’s Fed Family Distinguished Service Award. She has received the 2017 Seattle Storm Inspiring Women Award and Seattle Business Magazine’s 2016 Executive Excellence Award as a CEO of the Year. 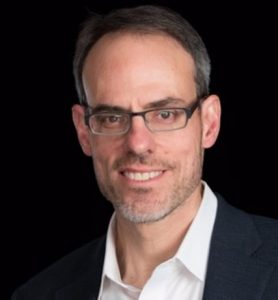 As senior vice president, general counsel, and secretary of Amazon, David Zapolsky manages a broad range of domestic and international legal, compliance, and regulatory affairs for the company. Before becoming general counsel in 2012, he served for 13 years as associate general counsel.

Prior to joining Amazon in 1999, Zapolsky was a litigation partner in the Seattle offices of Dorsey & Whitney and Bogle & Gates. He moved to Seattle in 1994 from New York, where he served as an Assistant District Attorney in the Brooklyn District Attorney’s Office and an associate at Wachtell, Lipton, Rosen & Katz. He is a graduate of Berkeley Law and Columbia College.

Zapolsky serves as a trustee of the King County Bar Foundation, a member of the Kids in Need of Defense (KIND) Washington State Advisory Committee, a director of the Berkeley Law Alumni Association, a corporate advisory member of the National Legal Aid & Defender Association, a member of the Leaders Council for the Legal Services Corporation, and a director of Seattle’s Alliance for Education and the University of Washington Foundation. In 2013, he founded the Amazon legal department’s pro bono initiative, also known as the Amazon Justice League.