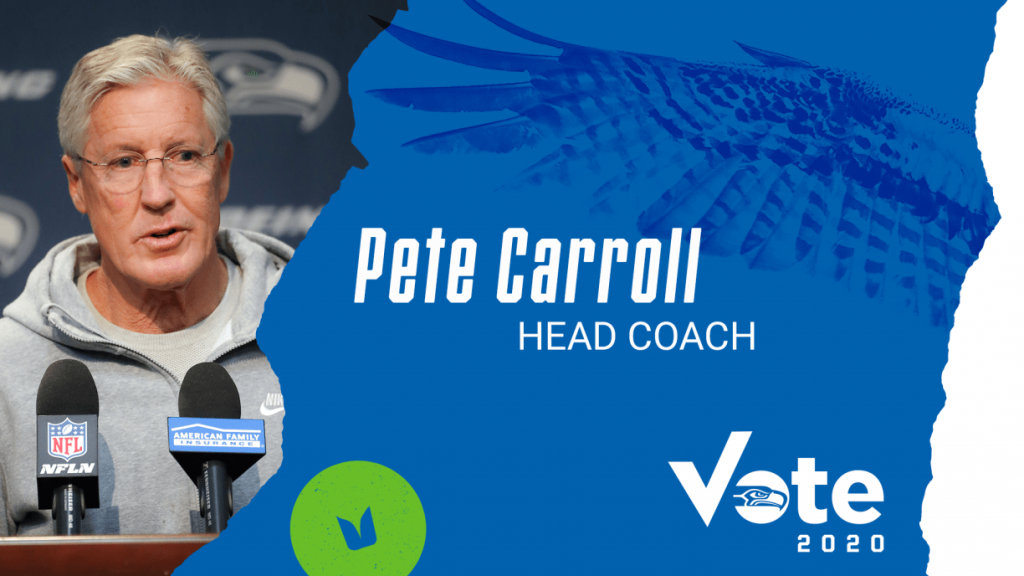 The Seattle Seahawks are urging voters in Washington and across the U.S. to register to vote, learn about candidates and ballot measures, and vote by November 3. Access voting resources and hear from Pete Carroll and players here. Starbucks is supporting its employees’ voter engagement this year by providing all U.S. partners with one free Lyft ride up to $75 to the polls to vote, volunteer as a poll worker, or drop off a ballot at an official location. In addition, customers can access voter registration resources through the Fuel Our Democracy website and the Starbucks App. Nordstrom launched the Make Your Voice Heard campaign, in partnership with organizations When We All Vote and The National Urban League, to educate employees and customers about the importance of voting. Symetra is encouraging its employees to participate in Election Day by providing paid time off for voting-related activities. The company also made a $15,000 donation to When We All Vote.

As part of its effort to help connect low-income families to the Internet, Comcast announced a multiyear effort to launch more than 1,000 Wi-Fi-connected “Lift Zones” in community centers across the U.S., including in Seattle. Boeing provided $700,000 in grants to help West Coast communities impacted by the wildfires, including $500,000 to the American Red Cross and $200,000 for food assistance. The Alaska Airlines Foundation awarded $430,000 in LIFT grants to 41 nonprofits working to inspire young people in Alaska, California, Hawaii, and Washington. In celebration of American Business Women’s Day, Wells Fargo raised awareness about the importance of supporting women and minority-owned businesses.

Because of research by Pacific Northwest National Laboratory and University of Washington, the FDA has approved two additional kits as options that labs can consider using for COVID-19 testing. Microsoft committed to replenish more water than it consumes by 2030 by reducing its water use intensity and replenishing water in the water-stressed regions where it operates. In the Puget Sound, reusing harvested rainwater in new office buildings is projected to save more than 5.8 million gallons each year. Joining The Climate Pledge, co-founded by Amazon, McKinstry has committed to being net-zero carbon by no later than 2040. McKinstry, along with Avista, recently held a virtual grand opening for its South Landing Eco-District in Spokane.